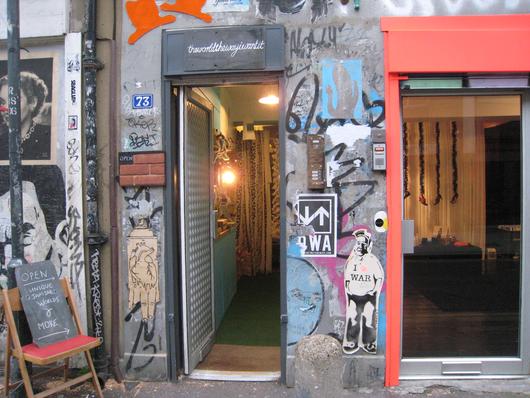 In 2010 theworldthewayiwantit opened as a pop-up shop at 73 Redchurch Street, near the top of Brick Lane in the East End of London.  Iain Sinclair described it as ‘the kind of weird and provocative assembly you hope to stumble across, when wandering the city, but rarely do.’   In 2011 and 2012 theworldthewayiwantit popped up as a kiosk shop in the doorway at 73 Redchurch Street.   A world of worlds: jam-jar dioramas, insect necklaces, owl pellet kits and illuminated lantern worlds…..

The first incarnation of theworldthewayiwantit is a shop.   An unconventional shop in reaction to the monotony of the high street.  A puny arm wrestle against the tide of consumerism.  For even those who hate shopping, who refuse to shop, sometimes find themselves forced into it.  This is the shop for them.  Able to guarantee things that will not be found in any other shop in the world.  Selling dead flies and dead spies in a way that could make you want to buy them.  Everything will tell a story.  Temporary, fragile, ambitious, but against ambition.  Wanting to make a difference, knowing it won’t, trying anyway.  Plundering the family, and the imagination.  Limited yet striving to be meaningful.   Recycling and recycleable.  A shop for our time.  My shop.  Uncompromisingly, the world the way I want it.” 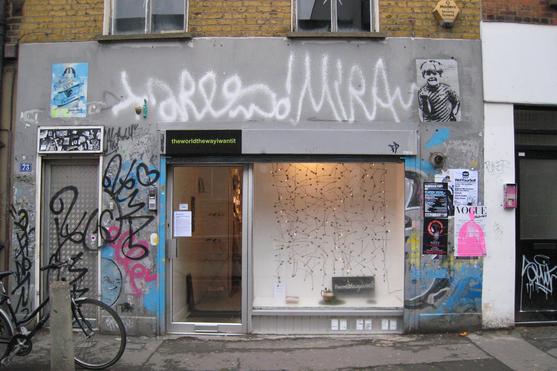 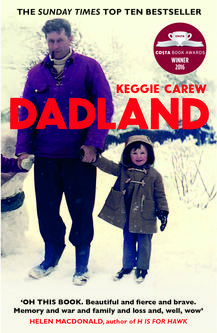